The Tropical Smoothie Experience in Chicago

Tropical Smoothie Cafe provides a fresh taste of the tropics and healthier food options for people in Chicago. And because it’s centrally located less than a mile from the heart of downtown, our Chicago Cafe is also a great spot to kick off a tour of the city’s many cultural and entertainment options. Let’s take a look at the nearby sights!

Close to the Cafe

Only a twenty-minute walk away from our Cafe, there’s a building that stood as the tallest in the world for 25 years, the Willis/Sears Tower! Stop by and you can check out the highest observation deck in the United States.

Interested in seeing the birthplace of Chicago’s signature electric blues music? Check out the Maxwell Street Market. This market runs every Sunday and has over 100 years of history. It’s a landmark spot where blues musicians first popularized the use of electric guitars. The musicians had previously been using acoustic instruments but found that they needed electric amplification in order to make their music loud enough to be heard over the noisy crowds. Though there are no longer any outdoors blues shows, you may find an occasional special event concert at the market.

Head to the north, and you’ll find the United Center which is home to Chicago Bulls basketball and Blackhawks hockey. As the second largest music venue in the Chicago Area, it’s also the spot to see big name bands when they come to town.

Our Cafe is close to downtown, making it easy to check out many major attractions after grabbing a smoothie and a bite to eat.

Headed due east, you’ll find a highly walkable chain of park space that runs in between downtown and Lake Michigan including Buckingham Fountain, Grant Park, and Millennium Park.

Nestled in this green space is one of the biggest and oldest art museums in the country – the Art Institute of Chicago. Open since 1879, it’s home to some of the most iconic paintings in the world, including A Sunday Afternoon by George Seurat, American Gothic by Grant Wood, and Nighthawks by Edward Hopper.

Chicago blues music is an essential part of the city’s heritage and identity. If you’re starting out from our Cafe, it’s worthwhile to seek out a live performance of the blues at Willie Dixon’s Blues Heaven in the Near South Side neighborhood.

Chicago is also famous for its comedy scene. Second City Comedy Club is an excellent venue for improv shows where many famous names first got their start including Bill Murray, Mike Myers, Steve Carell, Tina Fey, Amy Poehler, and Stephen Colbert. Second City is a bit further up to the north of downtown, but it’s well worth a trip because you may get a chance to see one of the next future stars of comedy.

Chicago stands out as a world-class city with its entertainment options. The next time you’re in town, stop by our Cafe to fuel up with our heathier food options, then get out and take in all the nearby sights! 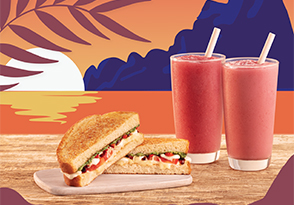 Tropical Smoothie Cafe is celebrating the holiday season with the return of two festive favorites, the Very Berry Cranberry™ Smoothie and the Cranberry Truffle™ Smoothie, along with the introduction of its toasty new limited-time Caprese Grilled Cheese. 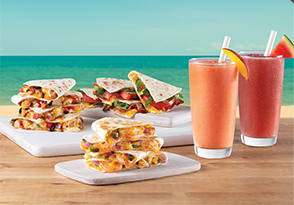 Did someone say mocktails? Tropical Smoothie Cafe ushers in summer with the return of the fan-favorite Watermelon Mojito Smoothie and the new Mango Berry Cosmo Smoothie, now available at participating locations across the U.S. for a limited time. 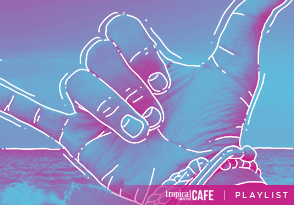 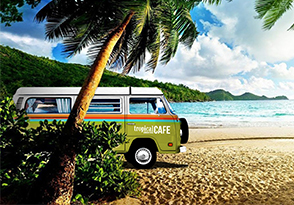 We look forward to adding a little bit of tropical to your Memorial Day. As a reminder, cafe hours vary from location to location. You can find a Cafe near you and their hours here.